We have 2 guests online

Gambling superstition belief grows, if someone says it happened 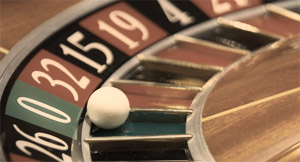 It seems that since the beginning of the world there were the superstitions. The superstition belief only grew and developed throughout the years. Usually, we believe in the things we cannot explain.

In early times of humanity the people believed that there were the gods of wind, thunder, lighting and other natural phenomena. But the science was not resting for many centuries and it explained that lightning is an atmospherical electrical discharge. But still many do not know about its origin and keep thinking that it is something surreal.

The same thing is happening with the gambling games, especially with the roulette game and the slot machines. Why? It is simply because these are the game of pure chance. If, for example, in poker you can influence the game (the hand you were given is also a part of luck) and think and lead it in the way you want to, in the games of chance you can simply hope for luck.

But we are people and we want some guarantees. Black cats, ladies with empty buckets, nuns and so on make us think in a certain way. Gamblers do the same; they search for the "signs." The numbers play a very important role in gambling world.

Eastern nations succeed the most in the superstitions. For a Japanese person number 4 is the most horrible, which can happen, because it sounds similar to the word "death." Chinese people went further and developed the gambling philosophy. One of the rules says that you should not count money during a gambling session. You also avoid the monks and nuns as they scare away the luck.

What concerns your clothing, you should wear red underwear, so that luck will come to you. For the Chinese people gambling is like a very important process, not just fun or hobby. They also advise to stay away from sex and opposite gender. You neither can touch someone's shoulder, when that person is gambling.

If you are entering the casino through the main door, you will not be lucky this day, as the door is cursed. And moreover, you should turn all the lights on in your room or the house where you stay for gambling activities before you leave for the casino.