We have 3 guests online

Roulette gave many ideas to other games 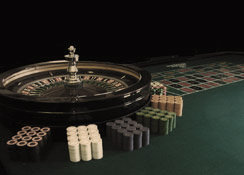 There are many roulette variations. You can find a lot of the table games, which include the wheel. It seems that each nation has some kind of the game that has a wheel in it. It can be a wheel made of wood, plastic or any other material, as it is in the Kolo Fortuny.

It can also be the whole table, like in Pole Chudes. But you can simply look at the wheel and make up a new game, which can possibly become the best seller of the coming year. It is all true but you need to be aware of all the specifics of roulette system and be really inventive, since the wheel became a wonder of the world long-long time ago.

It is known that even in the early Roman Empire the legionaries used the wheels of the chariots for the games. So, the Germans or the early Germans had their own variation of the roulette game.

It is called Tyrolean roulette. The other name of the game is Bauernroulette. The origin of the name is the "poor people's roulette." There also was somebody inventive in Germany to make up such a game and to make it popular that it survived until nowadays.

Another variation, how the roulette game can be used for other games, is known as the slot machines. They were invented not as long ago as the roulette game, but at the end of the 19th century the entire gambling world celebrated the birth of another gambling activity, which we know under the name of slots, fruit machines, and so on and so forth.

You can say that it is weird to combine two different activities in one, but no. It is very common now to play the Wheel of Fortune slots. The person, who invented such a combination, is a rich man.

You can try your luck in making the games or just enjoy them as long as you want to.