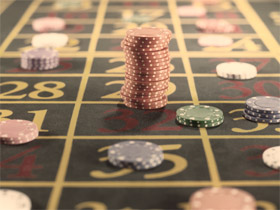 Rouletteâ€¦ As a game it started long-long time ago. Some say it happened accidentally, as Blaise Pascal was doing some experiments, some say that this game appeared in the Roman Empire. So, here we are. We know two versions of one story but one of them is reality and another is myth.

Which one is real? Which one is fake? Maybe both of them are myths and there is another true story how everything happened.

That is, actually, what happens, when people get engaged into something. They add something, they omit and then forget the story but they know it was there, so they make up a new one. That is how the myths are born.

Gambling psychology is just like that. If something happened and a story took place, we need to make a grey story brighter. There are the myths you should avoid.

I agree that if your bet is $5 and someone else's the same bet is $5000 - there will be difference in the payoff. but it does not mean, if you were putting large sums of money in the game the game will care. Come on, be realistic.

Every time, when you are going to gamble, be sure that you are not in the trap of the false ideas and myths. You are a sober-minded person, who knows what to do. Play with mind and good judgment!